More than a century after the first industrial revolution, innovation remains the driving force behind value creation. But its definition is changing: in the industrial age, companies could create a market by achieving technical breakthroughs they could patent or use to drive down production costs. In today’s era of fast-flowing and low cost information, innovation is about having the agility to recognise change early and quickly adapt to it.

This paradigm shift has fundamental implications for the way companies should be managed, explains Andros Payne, Chief Executive at Humatica. “Innovation is moving beyond a small group of inventors – the R&D department of a company – to span large numbers of people working in an organisation. In developed economies, employees are no longer paid for physical movement; they are paid to contribute to this collective pattern recognition. And these ‘knowledge workers’, more valuable yet more mobile, are much harder to influence and control.”

That’s what prompted him to found Humatica, a consultancy that uses highly quantitative methods to help companies grapple with the new meaning of innovation. “We apply specialised analytical tools and hands-on leadership to address different aspects of this new definition of productivity. It is not about using a stopwatch or measuring sales per head; modern productivity is about how quickly an organisation collectively recognises an emerging need in two years’ time and can profitably fulfill it.”

Payne’s insight originated from observing one of the world’s most prolific regions in terms of start-ups and innovation: Silicon Valley. The ability to understand what’s changing early, make the right decisions and implement them, he thought then, is what has allowed some of America’s youngest companies to trump more established industry insiders; emulating such behaviours in slower-moving markets would surely help larger organisations reap the next generation of productivity gains.

That’s an argument financial sponsors have learnt to appreciate quicker than other types of shareholders, he says. “People who have a superficial understanding of private equity still think it’s about acquiring companies, firing people, improving efficiency in the short term, and selling the companies. But in our experience it’s actually quite the opposite. Maximising value means maximising the discounted value of future cash flows; and this is driven by the track record a company has, in its organisation, of anticipating emerging needs and quickly acting to satisfy them.”

The catch is that many companies – including PE-backed ones – still struggle to make this happen. “On the one hand there is an increasing awareness that corporate culture is critical in driving the ability of an organisation to make and execute the right decisions. On the other hand it remains quite ill-defined, and managers are still grappling with what this means in practice.”

Getting around these difficulties, Payne says, will require managers to break down ‘culture’ into what it actually is: a repeated set of unique behavioural patterns that define a company. Shifting culture is then possible through identifying which behavioural patterns are inconsistent with what the company needs to do and choosing the levers that can be pulled to change them.

Humatica’s tools help leaders do exactly that, Payne says. It generally starts with a questionnaire asking very simple questions, such as how many times a week a salesman contacts his customers, whether notes are taken during meetings, or whether employees must provide verbal confirmation (in front of their peers) that they will follow through on a meeting decision.

The data set and benchmarks allow the consultancy and client to define targeted recommendations on what needs to change – a diagnosis preferably made in the early phases of an investment, to lay out the basis for other hard fact-based organisational changes to be made.

“In due diligence, having a third-party expert opinion on the way the organisation functions at the middle management level can be much more insightful about future performance than backward looking financial information. And as soon as the deal is concluded, a key aspect of the 100-day plan should be around the organisational changes needed to enable all the other objectives of an investment thesis to be achieved.”

The advice provided will depend greatly on the objectives pursued. During a cost-cutting exercise, for example, Payne recommends a selective yet bold approach to decide where efficiency improvements are truly justified and needed. Communication is critical for maintaining the productivity of the organisation, as will the ability of a leader to articulate a longer term vision, of which downsizing and cost reduction are just a part.

The behavioural requirements will be very different when looking at growth strategies. “Whereas downsizing is about how we do the same thing with less resource, growth is about which of many different alternatives, on a decision path, are the right ones to take. Best practice behaviours will be about taking in different points of view and testing the logic of competing alternatives – before making the best possible decisions at every single branch in the decision tree. It involves much more collaboration and peer-to-peer communication.” But perhaps the most complex issues, Payne argues, will arise during mergers.

“The number of decisions that must be made when you bring two organisations together goes up exponentially very quickly. If each organisation makes decisions in very different ways, you risk having both groups misinterpreting the behaviour of each other – which can rapidly lead to value destruction. But if you get quantified transparency on behaviours ahead of time, you can anticipate where these problems will arise and mitigate potential conflicts.”

But for these methods to be really successful, he says, operating partners will need to strike a fine balance between interaction, intervention and interference. “There is no right answer. Mega-funds can afford to have highly specialised operating partners in areas like procurement or HR, for example, that provide excellent support to portfolio companies. Lower mid-market companies will need to adopt a more interventionist approach, because the firms they’re investing in are growing and have perhaps not developed resources internally to master the next phase of their growth.”

Interestingly, the success of this approach will depend on another ‘soft’ factor – the personality of its Chief Executive. Payne thinks good portfolio company CEOs share a number of characteristics: strong self-confidence, so as to be totally open with their sponsors; a curiosity and interest in discovering new ways of working; and the ability to take risks, as opposed to just avoiding mistakes.

The same can be said about operating partners, he contends. “Their ability to add value is driven to a very high extent by their interpersonal skills and capabilities. Their functional knowledge, of course, is essential. But their ability to work dynamically with a management team to exert influence without jeopardising its accountability for the results is, in my view, a bit of an art form. Operating partners have one of the most difficult jobs in private equity.”

Equally crucial will be their ability to work together with the rest of the deal team. “While investment professionals are very much transaction-driven, operating partners are much more about process optimisation and long-term improvements within portfolio companies. They are two completely opposed cultures. Trying to get them under one roof to work collaboratively is certainly a challenge – but the most successful funds in the next decade are going to be those who master that challenge.” 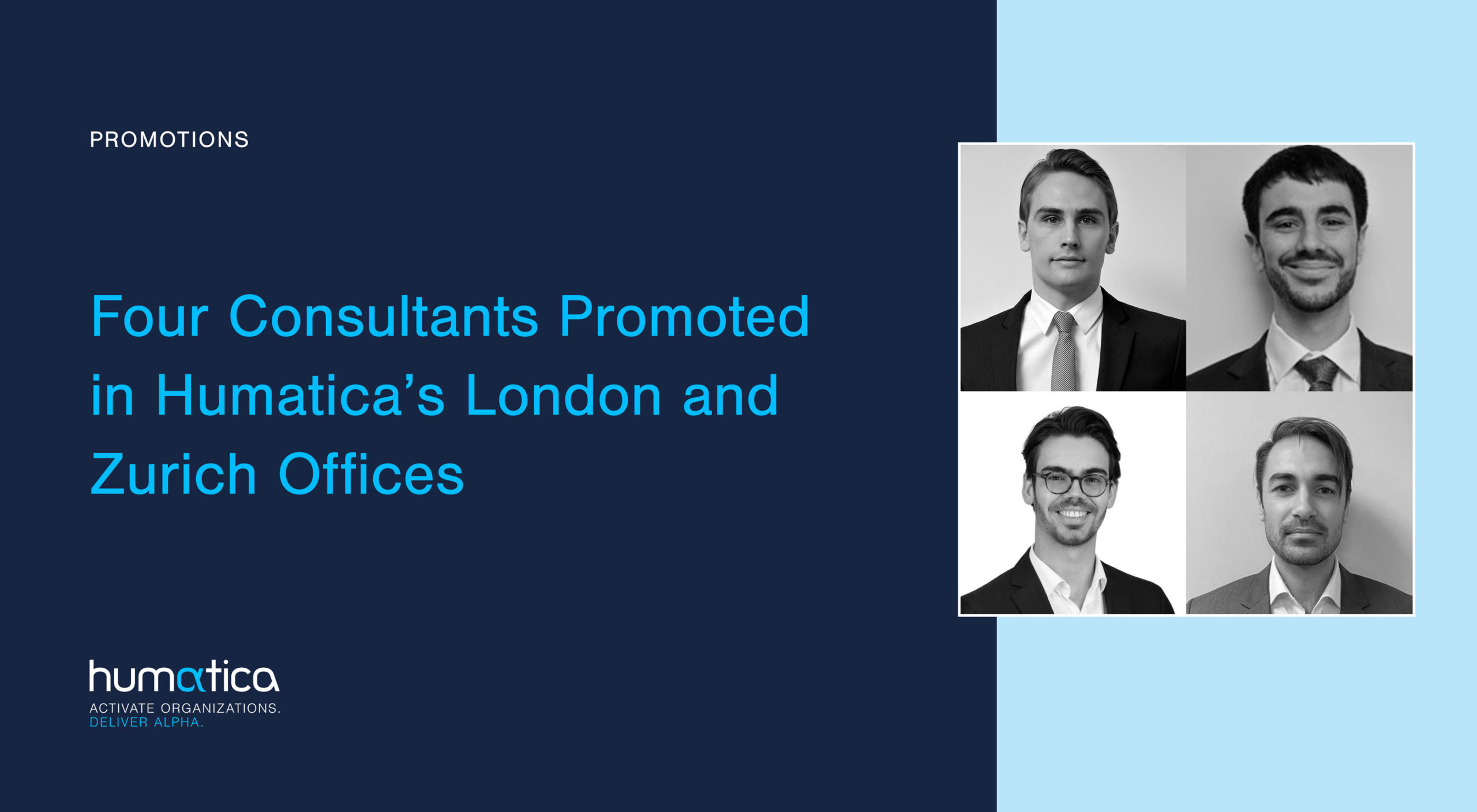 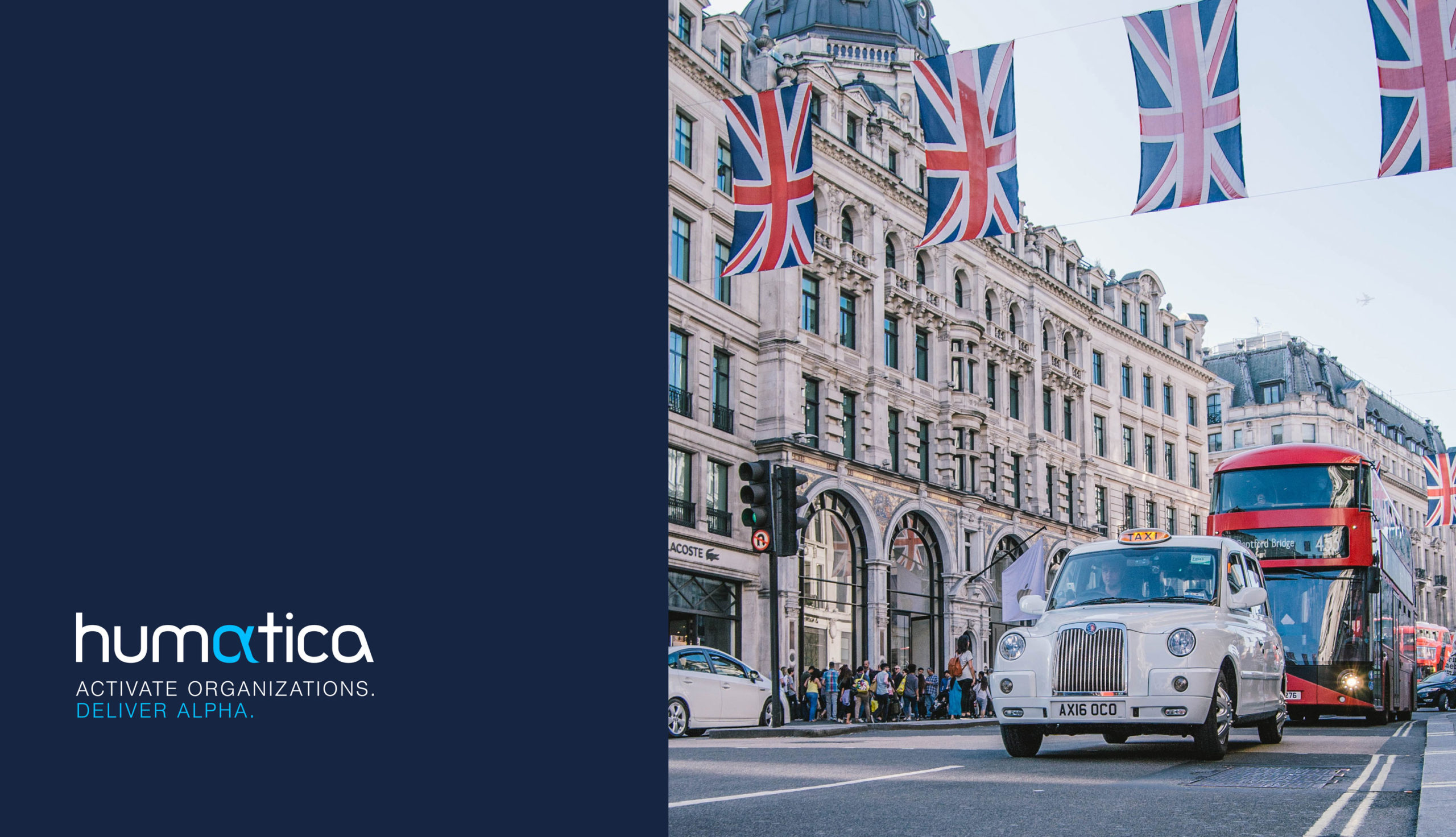 We are proud to announce that following our record growth in 1H 2021, Humatica has moved to new and larger offices in central London. Andros… 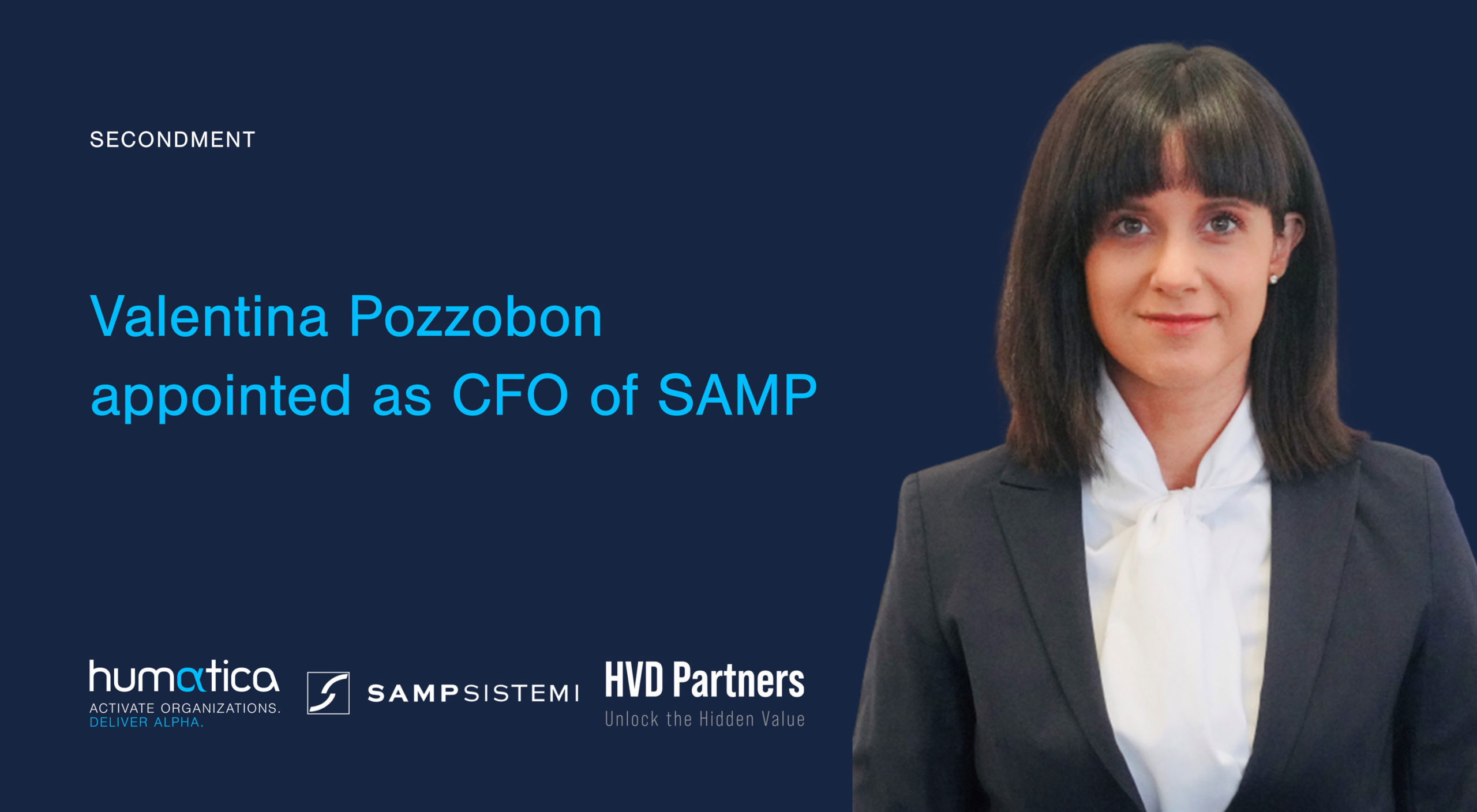 Valentina Pozzobon, a Director and Board Member of Humatica, the leading private equity specialist advisor for portfolio company organisational effectiveness, will take a full-time role…